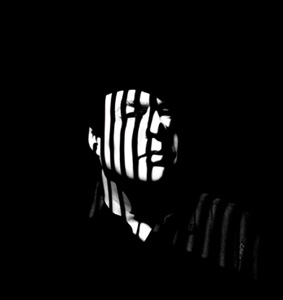 Born in 1939, Francis Giacobetti is internationally recognized as one of the greatest contemporary photographers, recipient of prestigious photography and art direction rewards. Aesthetic sensitivity and visual refinement characterize fifty years of a productive career. Giacobetti’s photographs are shown in the greatest museums of the world. A master of light and a major artistic director, his images are highly appealing as well as intriguing by their exceptional composition.

Francis Giacobetti was born in Marseille in 1939.

He began his career as a photographer in 1957 at Paris Match. In 1964 Giacobetti was asked by Daniel Filipacchi to create a men’s magazine, Lui which became a huge international success (14 editions of Lui were created in 14 different countries). Giacobetti collaborated with the most famous American, German and British magazines (LIFE, Look, Vogue, Twen, Nova, etc). Later, Giacobetti was chosen to be the photographer for the famous Pirelli calendar for two consecutive years. Giacobetti’s work on nudes, fashion and advertising has brought him international renown. He has worked on famous advertising campaigns. Notably, he was responsible for Issey Miyake’s PLEATS PLEASE campaign for 3 years, and was in charge of WOLFORD’s (Austrian lingerie company) complete redesign. He is the current Art Director for IPSA, a product line of the Japanese company Shiseido. And, he was chosen by Canon to design seven cameras for the third millennium. Francis Giacobetti received the highest Art Director Clubs awards from New York, Francfort, London, Sidney and Tokyo.

As a personal project, Giacobetti has spent ten years photographing the most important personalities of our time, from Gabriel Garcìa Márquez, to Francis Bacon, to the Dalai Lama, for the grand project he calls HYMN, an homage to the genius of the century. This work has been exhibited internationally at such prestigious locations as the Grand Palais in Paris, Musée de l’Elysée (Lausanne), Centro de la Imagen (Mexico City), Salla Canal Isabel II (Madrid), Gruner und Jahr Presshaus (Hamburg) and Visa Pour l’Image (Perpignan, France).

In 2003, the exhibition Francis Bacon by Francis Giacobetti was shown at the Marlborough Gallery in London followed by an exhibition at the University Of East Anglia, Norwich. In 2009, this exhibition was presented again at the Kings Place Gallery, London. This series of 70 photo portraits was the result of an intensive collaborations between the two artists just before Francis Baacon’s death in October 1992.

In 2012, his work “Zebras”, a series of nude photographs from 1988 to 2012 was exhibited at Galerie Matignon Jany Jansem in Paris.

Francis Giacobetti’s photographs can be found in the collections of many museums: Musée du Louvre in Paris, Tate Gallery in Londres, Midtown Museum in Tokyo.